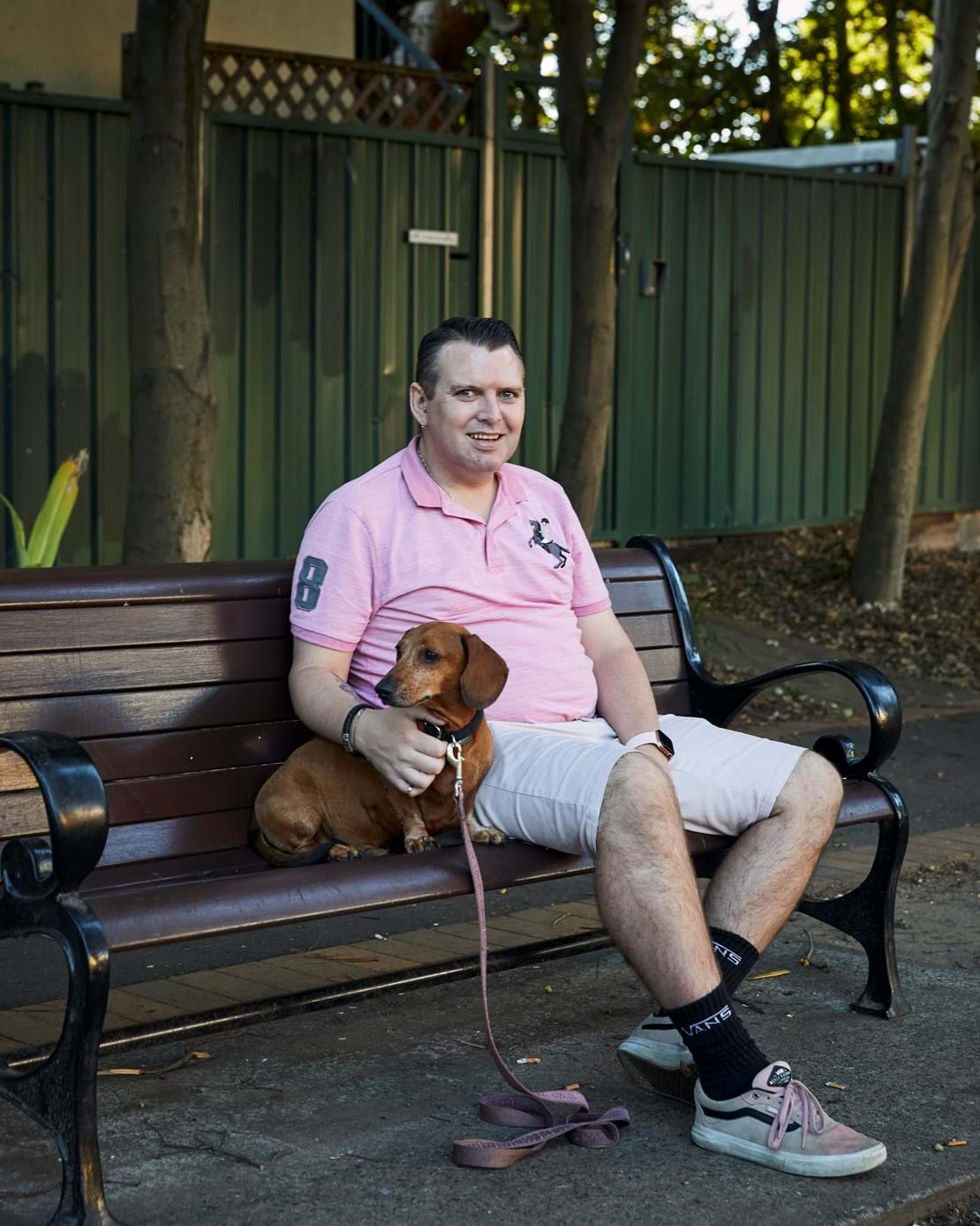 Curtis was diagnosed with HIV in 2003.  This diagnosis set him on a life journey of emotional and physical highs and lows that remain a constant for him to this day.

His initial diagnosis and the coming to terms with his HIV status were for Curtis the catalyst for long periods of deep depression - something he continues to battle with.  Compounding his depression was the breakup of a 15 year relationship, which left him homeless.

Following the breakup, Curtis made the difficult decision to move in with his brother in the Central Coast of NSW.  While Curtis needed the support of his family, he was now very socially isolated.  He didn’t drive and his limited mobility meant that he was always stuck at home.  This only exacerbated his depression.

Curtis’ HIV also led to other health-related illnesses, including fibromyalgia and peripheral neuropathy, for which he was required to travel back to Sydney on a fortnightly basis as his specialists were all based in Sydney.  The six-hour round trip to get his HIV medication and associated treatments and therapies was exhausting.

While Curtis’ family were trying their best to support him, he was becoming increasingly lonely and depressed. Realising that he needed to make some major changes in his life for both his mental and physical wellbeing, he applied for accommodation in Sydney through ACON and secured a small unit in Glebe.

Once in Sydney, Curtis was referred to BGF where he decided to participate in the Eat Well, Live Well Workshop - a course designed to teach people how to keep themselves healthy while living with HIV.  It was the social aspect of the workshop, however, that proved to be most positive for Curtis.  Being able to interact with peers over a meal, in a non-judgemental environment, meant that Curtis no longer felt so lonely and isolated.

During the workshop, Curtis met two individuals who he has come to genuinely regard as friends.  Between the three of them they regularly meet up for meals and movie dates and they have even gone on a well-deserved short overseas holiday.

The friendships Curtis has made and the opportunity to interact with others in the HIV community have made a huge difference to his life.  Curtis has been able to get his depression under control and now has a reason to live.

“Up until now my only companion has been my sausage dog Ketchup.  He’s cute, but the conversation was always a bit one sided.  For the first time in many years, I am with people I genuinely regard as friends.  This and being part of the HIV community has changed my life for the better.  I owe much of that to BGF”.